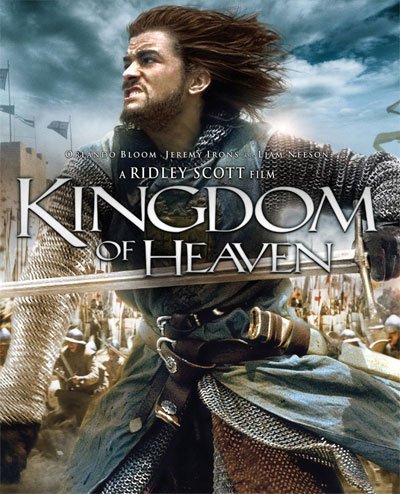 He was just a humble farrier who lived in a small village, far from Crusade Wars and dreams of power.

But suddenly, he finds himself on the run after the furious murder of a clergyman who had just insulted his deceased wife.

Looking for a place to hide, he will find his birth father, who will convince him to join his soldiers in defense of Jerusalem.

But he will soon discover that the house of God is only the kingdom of desires of the darkest and most violent men.

A story of loss and redemption, honor and shame, war and love between Christians and Muslims where there is no true good and evil.

Orlando Bloom is the right protagonist for this role, young and inexperienced but now ready to become a man searching his Heaven’s Kingdom.

At his side, the enchanting Eva Green in the role of the shrewd princess in search of a new life, far from the follies committed in the name of god.

Kingdom Of Heaven is one of the least known and most underrated Crusades story, directed by the great Ridley Scott.

With his immense talent, the director transports us to the heart and soul of that era of a struggle between religions.

An era, unfortunately not yet over even today, almost a thousand years later.