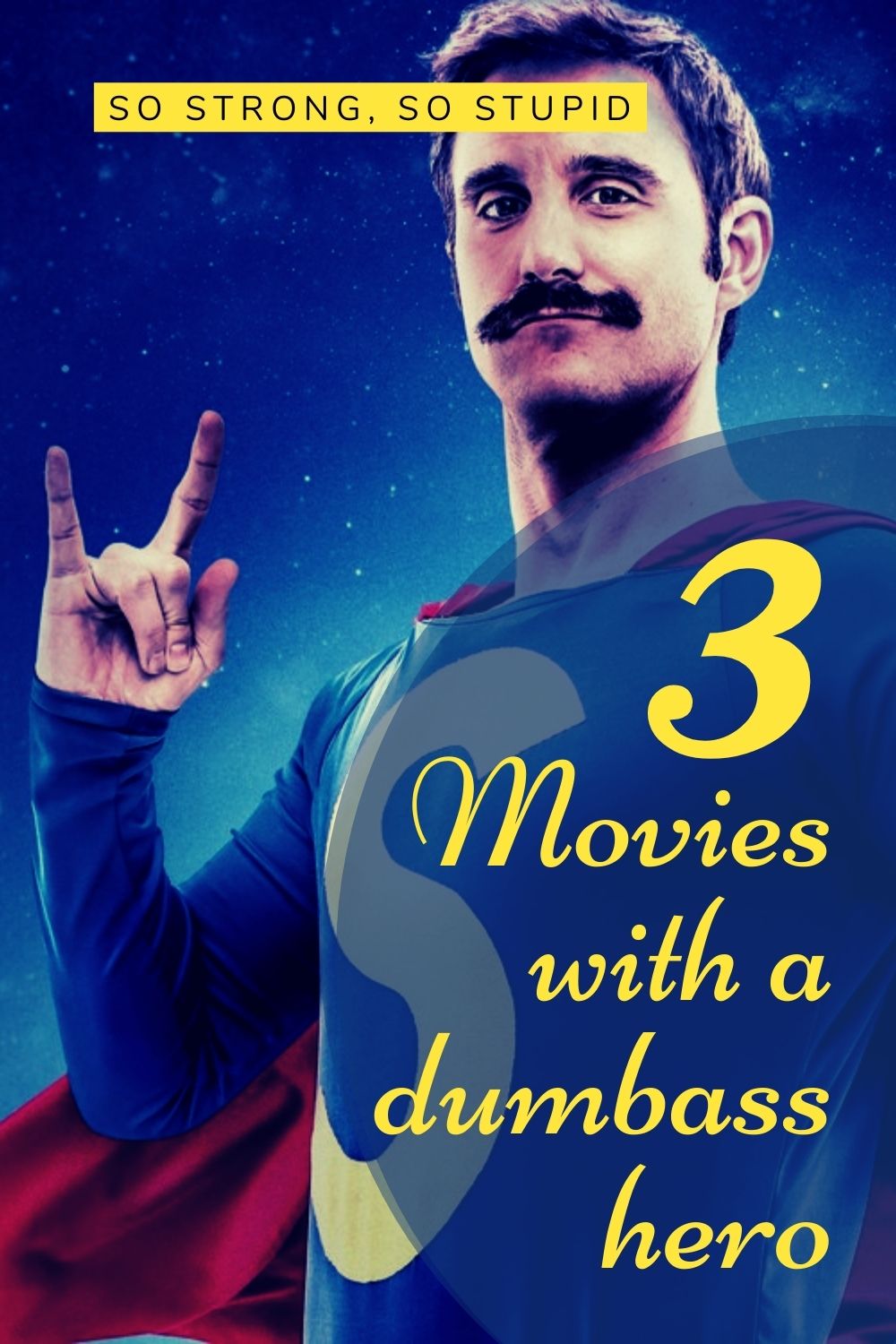 They are crazy, they are dangerous … and they are incredibly stupid.

3 Movies with a dumbass hero in 3 movies selected for you.

1 Super Lopez (2018)
He may seems stupid and harmless, but he’s the most powerful man on earth.

Until an alien criminal organization decides to take him out at any cost.

Hilarious super-heroic comedy all from Spain, with a Superman dazed enough for the occasion.

Another key point are his enemies as dumbass as the protagonist, as well as the general tone of the story, deliberately always absurd.

However even for a crazy movie the special effects are very good as well as the direction and the absurd super-heroic action scenes.

A movie that rightly reminds us to take this avalanche of costumed heroes less seriously and enjoy them for what they are.

2 Mega Time Squad  (2018)
Always exploited and belittled by the small local boss, a petty criminal dreams of having a gang of his own.

Until after a robbery in a convenience store he finally finds a very special artifact.

A bracelet that allows to travel in time on which a curse hangs.

Unfortunately the boy is very dumbass and begins to fill the city with his time multiples.

Everyone found themselves after being on the run… together they will no longer be alone, but will become the MEGA TIME SQUAD.

Funny and easy-going crime science fiction story, a movie to be enjoyed with a light heart with the nice protagonists.

3 Witching & Bitching (2013)
He likes to rob shops and jewelery disguised as Jesus Christ.

Until one day after a terrible shooting he is forced to flee with his little son.

But unfortunately then decides to take refuge in a house inhabited by witches.

Aided by some dumbass accomplices as much as he is and wanted by the police and his wife, the old witches take him prisoner.

Helped by a young punk who is in love with him, he will try to prevent his son from being sacrificed by the coven.