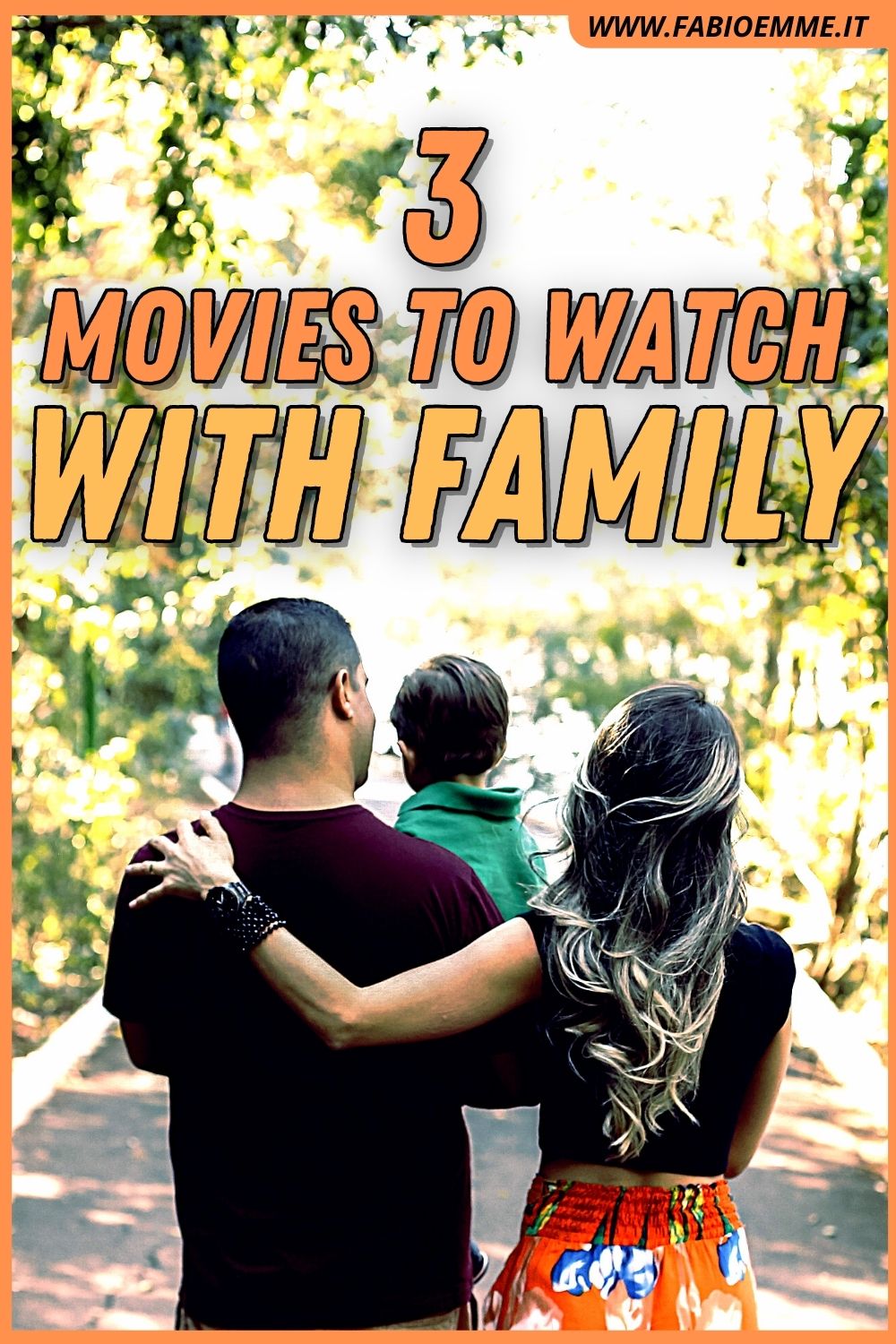 Are you all locked up in the house together, and you don’t know which movie to watch without upsetting someone?

Here for you 3 Movies to Watch with Family that will certainly make everyone happy.

1 Scrooged (1988)
A television producer, acerbated by his life and work, receives a visit from a ghost.

The ghost warns him that before Christmas Eve, the man will receive visits from 3 spirits.

Through his past, present, and future Christmas days, man will see all the mistakes he has made in his life and where these will lead him.

A modern reinterpretation of the classic story by Charles Dickens, of which the protagonist is then preparing a musical for TV.

Exceptional Bill Murray is the story’s absolute protagonist, funny in his wickedness towards everything and everyone.

Good and nice Karen Allen in the role of her former lost love who could finally change his life.

Richard Donner, as director, signs a classic family movie perfect for watching during the December holidays.

2 Hudson Hawk (1991)
He was once a famous thief called The Hawk, who ended up in disgrace and then in prison.

Once he is released, he is immediately contacted by some criminals to organize a theft.

With no other choice, the man will have to get back on the path and flying to Italy to rob the Vatican.

The objectives are 3 rare pieces of art by Leonardo Da Vinci.

But the theft will hide a much bigger secret, necessary to complete an old dream of the brilliant Italian scientist/artist.

Comedy full of humor and small musical moments, with the acrobat thief who sings old songs like Swinging on a Star to synchronize with his partner during his thefts.

Bruce Willis and Danny Aiello form a sparkling heist couple, helped by the always good Andie MacDowell, who lights up the scene with her innocent naturalness.

3 Last Action Hero (1993)
A young boy has a unique chance: to preview his favorite action hero’s movie, thanks to an old friend who works in the cinema.

But his friend gives him another gift: a magic ticket that he says he received from the great Houdini as a child.

Once in the theater and the movie has started, the ticket magically transports him among the story’s characters.

Together with his beloved hero, he will try to find out if and how to go home, in addition to being chased by the psychopathic villain of the story.

Marvelous meta cinematic fantasy with literally thousands of cameos from other actors and quotes in every scene.

Arnold Schwarzenegger ironic and clever in making fun of his own blockbuster movie star icon.

John McTiernan directs this little masterpiece, hilarious as a buddy movie and spectacular in action scenes.

Absolutely unmissable for movie lovers and perfect at the end of these 3 Movies to Watch with Family.

3 Movies that will Traumatize You