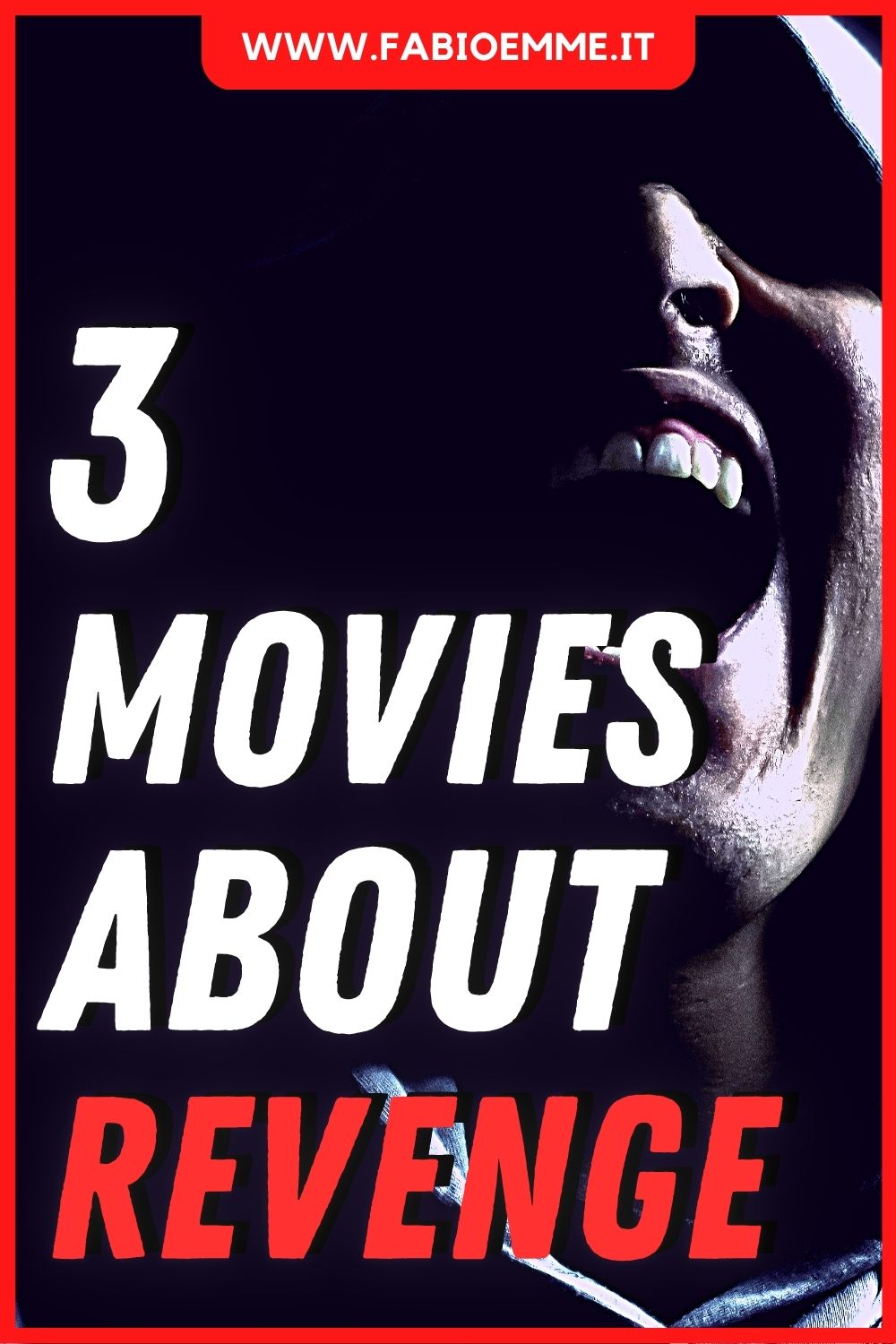 Movies about Revenge, one of the most abused themes of all stories.

How to choose among thousands of films on the subject?

Here are 3 Movies about Revenge selected for you, a little different from so many others.

He wants to have a quiet weekend with his beautiful young lover. But when two friends unexpectedly show up, everything goes terrible.

After a clumsy and horrendous rape, he decides to side with his friends, betraying her trust. Revenge will be merciless.

Story of revenge and the birth of a female heroine, from naive trophy girl to ruthless avenger armed to the teeth.

The thriller works and the action scenes stand with a distinctive style, and the few characters all make a good impression.

Perfect, young, and attractive the protagonist Matilda Lutz, whose physical and psychological transformation is the whole film’s soul.

In conclusion, an excellent example of a revenge movie directed with great class by Coralie Fargeat here at his debut as a director.

Unable to accept what has happened, he refuses the police’s help, which he openly opposes.

Then he takes matters into his own hands in search of revenge. But the revenge will eventually destroy him too.

Excellent Kevin Bacon in one of his best performances ever and gives a great depth to the madness that gradually takes possession of the protagonist.

In this case, too, this Movie about Revenge physically and mentally transforms the protagonist, finally reducing him to the same monsters he would like to fight.

Directed by the good James Wan for his most mature film made until now.

An older man now at rest lives alone with his dog going fishing around the river.

One day a handful of boys kill his pet for no reason.

Initially, he would not even want to file a complaint but needs the boy and his family’s apologies.

Left alone by the law that does not give importance to the fact, he asks at least an apology from one of the boys’ father.

Being insulted and ostracized will trigger the spring of violence.

Excellent Brian Cox as the protagonist, glacial Tom Sizemore as the antagonist.

Human revenge of a quiet man directed with the right measure by Trygve Allister Diesen and Lucky McKee, authors of an exceptional movie.