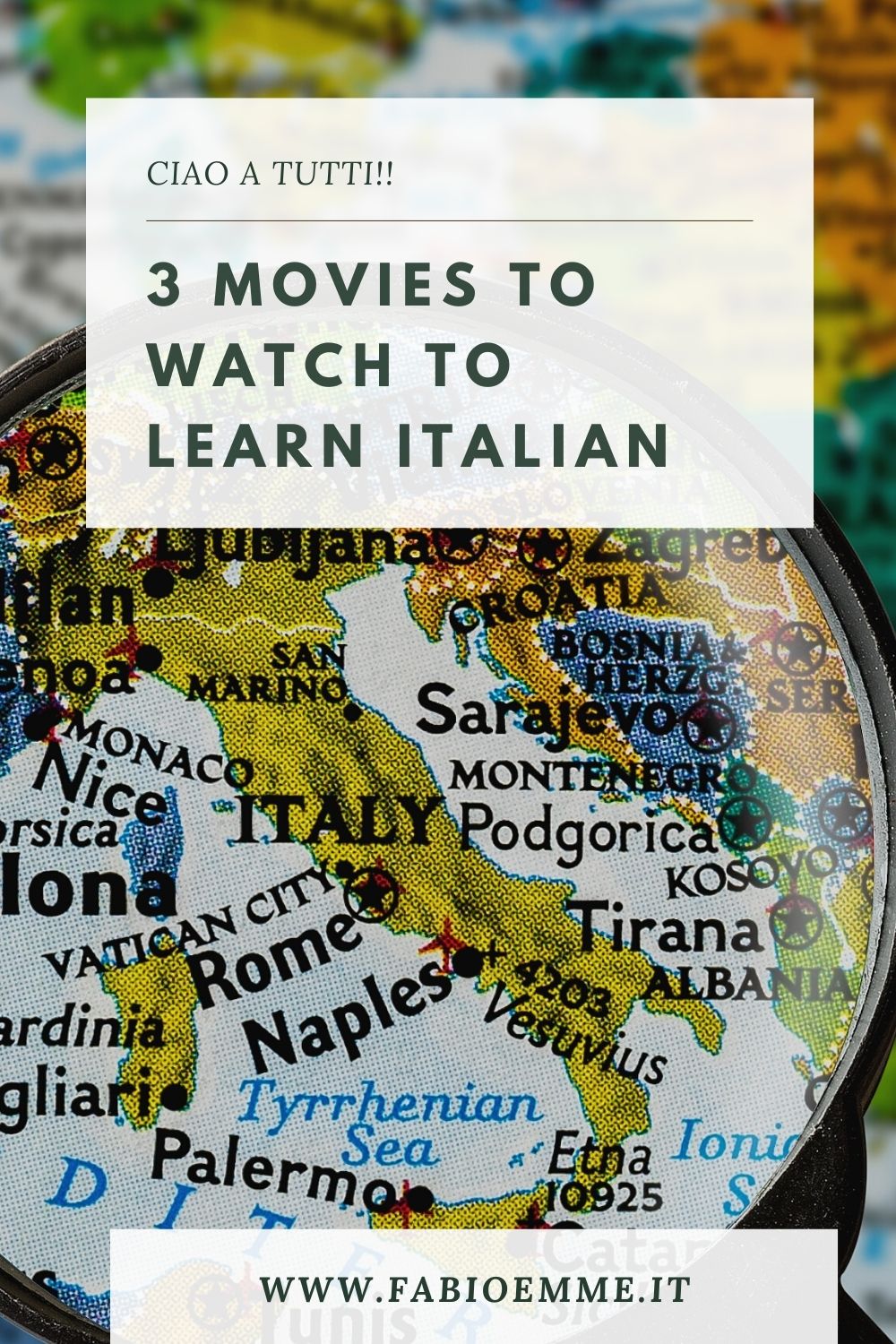 How to learn a new language if not immersing yourself in the world where it is spoken?

3 Movies to Watch to Learn Italian among the best in the history of world cinema.

1 Shoeshine (1946)
One of the greatest examples of Italian neorealism.

Two little friends make a living from thefts and little jobs, like the title, such as polishing shoes.

However, secretly cultivating the dream of owning a white horse that they can ride from time to time and paying.

But their life soon leads them to be arrested and then into a juvenile prison.

There they will experience human wickedness and end up betraying each other.

At first sight, two little scoundrels capable of arousing sympathy, criminals with no choice and therefore innocent victims too.

For those who want to get closer to Italian cinema, absolutely an unmissable must.

2 Investigation of a Citizen Above Suspicion (1970)
He’s a crazy murderer who just killed his mistress.

But he is also a respected police officer, so he knows how to get by diverting suspicions to others.

Blaming some political agitators well known to law enforcement, try to buy time to make the evidence disappear and intimidate or discredit the various witnesses.

Also, colleagues and superiors help him cover up his misdeeds for their own political gain.

Starring a funny and terrifying Gian Maria Volontè, perhaps most remembered as a villain in A Fistful of Dollar.

A great movie 50 years ago as equally it is today, able to fully understand the saying power corrupts.

One of the most important chapters in Italian cinema is directed by the great Elio Petri.

Known and quoted by major moviemakers worldwide, however, it is always a pleasure to talk about it again.

3 Il Divo (2008)
Directed by Paolo Sorrentino, then director of the famous This Must Be the Place.

A movie about the years of the greatest power of Giulio Andreotti, one of the most talked-about Italian politicians.

More and more often associated with episodes of crime, mafia, and corruption but of indisputable historical importance.

A movie that digs into the most personal soul of man, obsessed with power and the fear of losing it.

Also an absurdly comic film smooth and light to watch, despite the very historically crucial topics.

Superb acting performance by Toni Servillo for a must-see to understand the last 60 years of Italian politics.

Really a cinematic exclamation point at the end of these 3 Movies to Watch to Learn Italian.