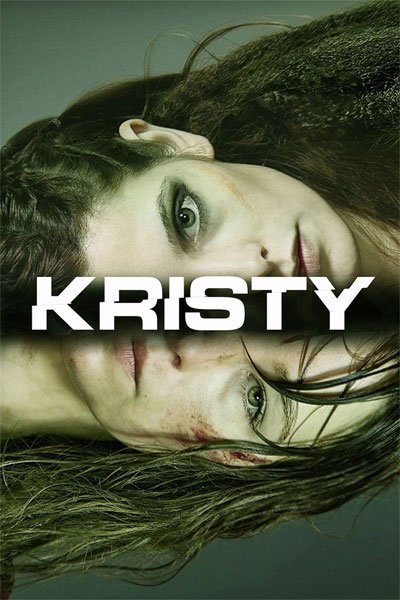 Kristy is a thriller/horror set on a single long night on a university campus. A young girl stays alone on her campus for Thanksgiving, becoming the target of a group of hooded killers.

They start to threaten her in a nearby local store and later chase into the huge campus’s dormitories.

Assassins use to hunt and kill their victims and then post videos on the internet. Their goal is the hunt for God’s followers, naming victims as Kristy and marking them with a K.

The macabre international game has numerous sick followers, as we see in the opening of the story. But they underestimate her tenacious desire to survive the night. Indeed, the girl will be a much more difficult prey than they think, even starting to fight back.

The movie successfully builds a primal struggle for survival where characters regress to their most primal instincts.

The whole story takes place in an everyone familiar environment as the school, creating an excellent contrast of fear and ordinary everyday life that fascinates and shocks at the same time.

The pretty and skilled Haley Bennett is a worthy protagonist. Even if scared, quickly beginning fight tenaciously once understands it is useless to wait for help from the outside.

The girl stays alon for financial problems, without a wealthy family that can pay for the trip, and proudly does not confess anything to her friends and boyfriend.

As her nemesis, there is a hallucinated dark girl played by Ashley Greene. Simple but effective in her religious/viral obsession, she leads the killers, initially stalking their victims to win the twisted internet game.

Oliver Blackburn cleverly directs this thriller, using the spacious school environment to create a claustrophobic trap with no way out for the terrified protagonist.

Despite low box office earning, Kristy is another valuable thriller exploiting the psychological obsession to be famous on the web.