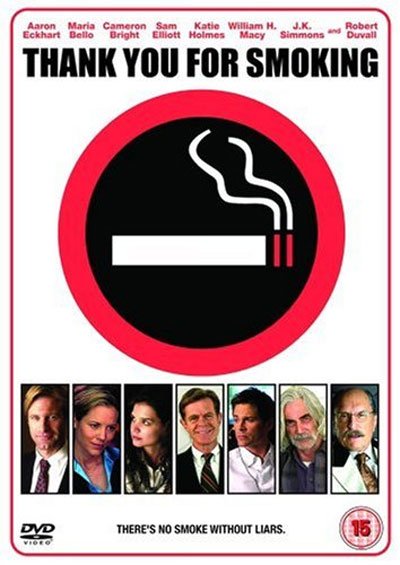 He is a promoter without scruples or conscience in the pay of the tobacco lobbies.

His mission in life is to defend cigarettes against anyone and any accusation.

But he also has a son, a wife, and recently also a lover.

Social cross-section of a world of businessman selling words in exchange for nothing and ready to deny his gain’s most evident realities.

Aaron Eckhart is phenomenal as an unrepentant liar and proud of it with his tireless speech and charming smile.

A protagonist who perhaps obscures the rest of still appreciable cast with Maria Bello, J.K. Simmons, and Robert Duvall.

William H. Macy also makes a good performance in the small role as a confused but hilarious senator.

An excellent comedy directed by Jason Reitman where we laugh but through gritted teeth looking at the world around us.