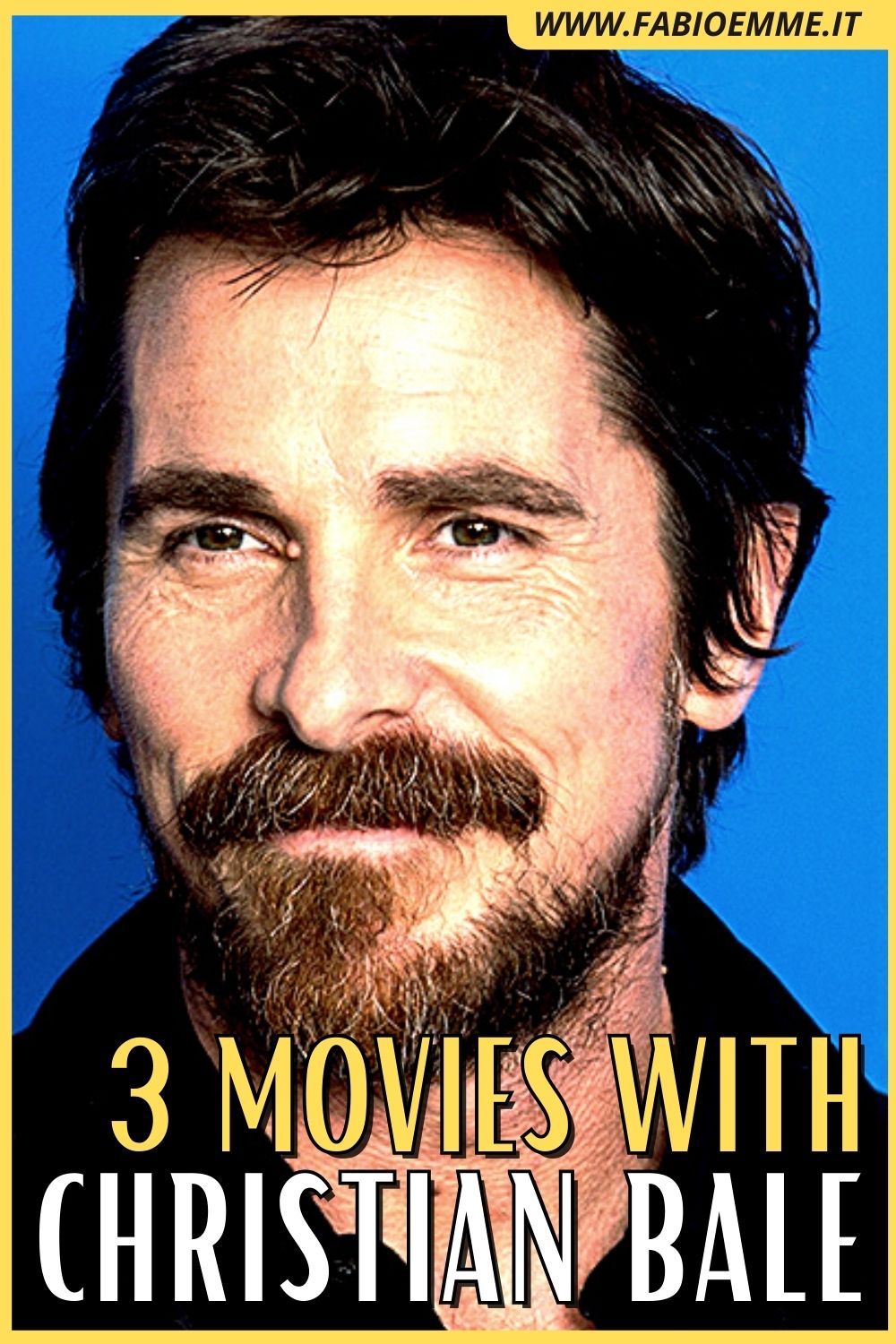 Christian Bale PHOTO EDITED BY THE ORIGINAL FROM Harald Krichel ON gregreport.com

The actor perfectly at ease in action roles, as in dramatic ones, always with a subtle irony that shines through his gaze.

3 Movies with Christian Bale that you may have missed with 3 exceptional and different performances.

1 Equilibrium (2002)
Survived a nuclear holocaust, what remains of humanity lives in the city-state of inflexible rules.

Any emotion is banned because of is considered a legacy of a past that has led man to ruin.

To maintain total control of the population, a special elite of warriors is trained in the martial and invincible use of firearms.

But when the best of these soldiers begins to think and have emotions of their own, the situation worsens.

In an open war against his former colleagues, then he will have to fight his way to the heart of the monarchy of the established power.

Perfect transformation of Christian Bale from stone warrior to revolutionary in the love of the beautiful Emily Watson.

Enjoyable action sci-fi set in a dystopian future directed by Kurt Wimmer indeed in his best movie ever.

2 Empire of the Sun (1987)
Growing up, he has always lived in the luxury of his home in Shanghai with his family.

When suddenly, during the war, the Japanese invasion occurs, and they will have to flee quickly.

But in the confusion of the siege remains separated from his parents and left to himself.

Along with some thieves who will have experiences that will make him sadly grow ahead of time.

He will have to learn to get by on the street first and in a concentration camp later.

Touching film of friendship and daily survival through the eyes of an innocent child in the face of the horror of war.

Exceptional and very young Christian Bale together with the usually reliable John Malkovich.

One of the most impressive coming of age films ever directed by Steven Spielberg.

Something is deeply wrong with his life, and he’s a complete wreck.

After a terrible accident in the factory where he works, he isolates himself completely from his friends and colleagues.

Not to mention he only talks to a bar waitress and a mysterious, creepy guy apparently knows a lot about his situation.

Nobody can live in those conditions too long, and the man will have to deal with the terrible truth.

An almost unrecognizable Christian Bale divinely plays a superb role in one of his best performances.

A beautiful mystery thriller of psychological introspection directed by the excellent Brad Anderson and perfect author’s conclusion for these 3 Movies with Christian Bale.