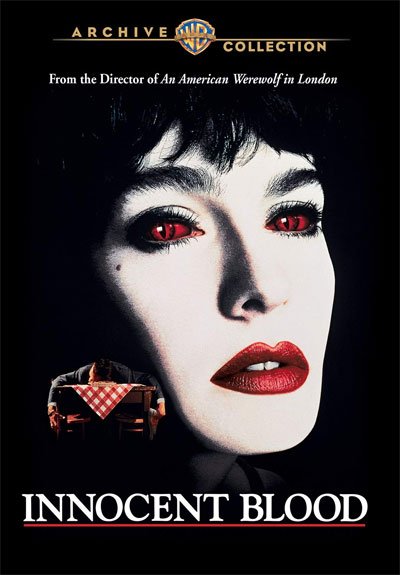 She’s a young, attractive, and shines vampire who only feeds of evil men and never innocent blood.

Alone for a long time, she lives her nights searching for a soul mate and dangerous criminals to bites.

Until one day, she falls in love with an undercover cop. But the same night, she accidentally turns a gangster boss into an unstoppable vampire.

Pursued by a gang of vampire criminals, the young woman will have nowhere to hide.

A film that combines brilliantly irony, horror, love, and criminals, all revolving in different ways around the beautiful protagonist.

Talented and beautiful Anne Parillaud as the protagonist, an actress unfortunately forgotten since La Femme Nikita.

A vampire who does not lack the blood he needs, but in his own way also in need of attention and protection.

Anthony LaPaglia is also perfect as a cop/lover of women. Hated by criminals, he will be the only one fighting in her defense.

Robert Loggia fantastic and hilarious in the vampire boss’s role. Almost heedless of his transformation if not in becoming an even more ruthless and unstoppable criminal.

Innocent Blood is a great horror comedy directed by John Landis, the genial mind behind Animal House and The Blues Brothers.