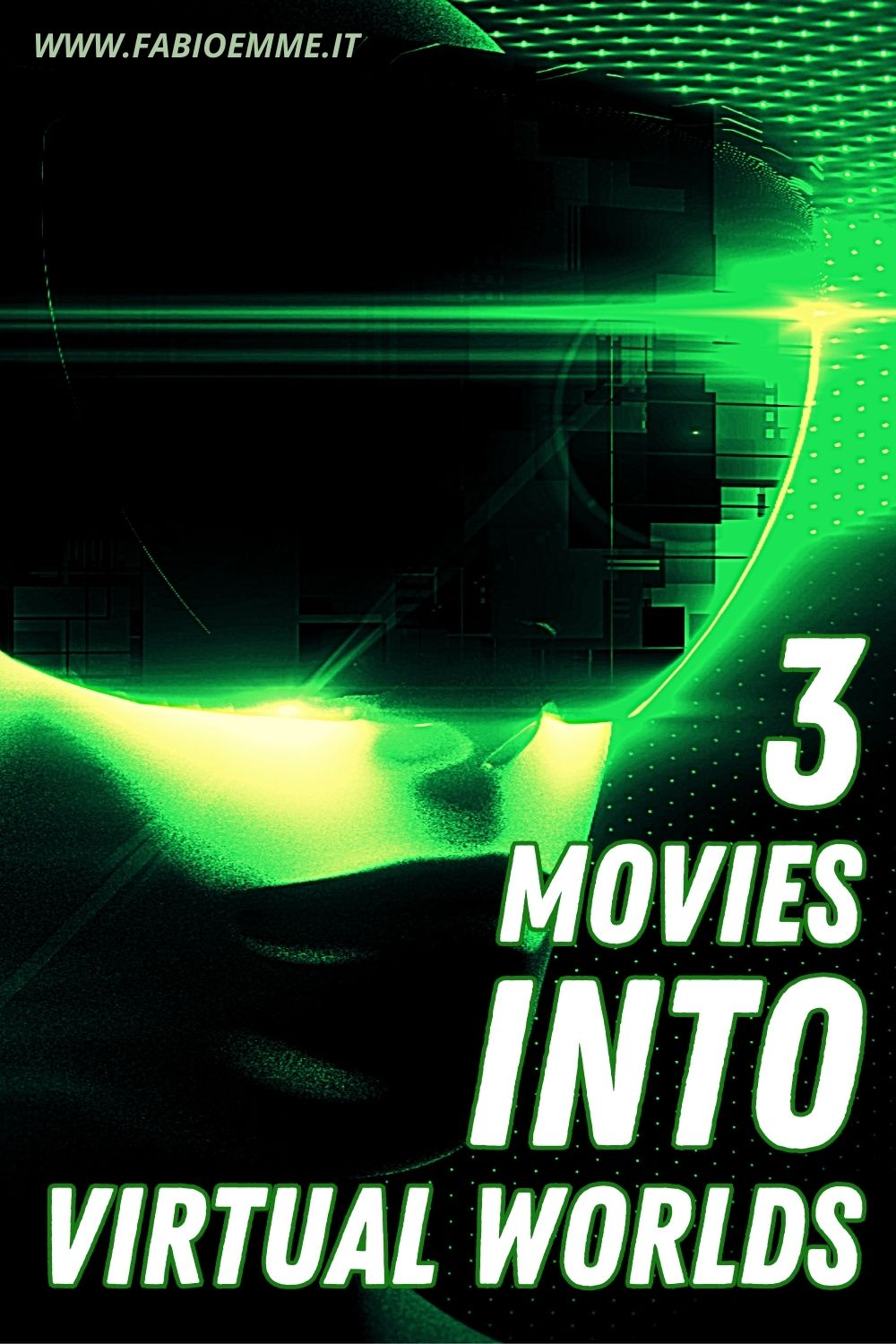 The real world can be disappointing and depressing at times, so why not try a virtual one?

3 Movies into Virtual Worlds selected for you that may have escaped you over the years.

1 Virtuosity (A.K.A. as “Virtuality”) (1995)
A group of inmates is called to test a new virtual training program.

But the I.A. who will face likes to play dirty and has a plan to go out in the real world.

Only an ex-cop will understand the threat and try to fight.

Intriguing sci-fi that alternates action and drama in reality and in the virtual world.

Usual great performance of Denzel Washington in the role of the hero.

As villain we have a young and still unknown Russell Crowe at the time who already demonstrates his skill.

Brett Leonard‘s direction is effective and will be repeated in virtual reality with The Lawnmower Man.

2 The Thirteenth Floor (1999)
A brilliant programmer is creating a new virtual reality to sell it on the market.

When his boss suddenly dies he follow the clues scattered among the various characters of the noir world they have created.

Hunted by a policeman who investigates a series of murders and a mysterious woman who has come out of nowhere, it will end to be trapped.

The alternation between noir and sci-fi was really successful, passing from the virtual world to the real one.

The various actors such as Craig Bierko as protagonist and Vincent D’Onofrio as his assistant are well chosen.

Excellent then the young and beautiful Gretchen Mol in the role of mysterious blonde in Hitchcock style.

Really a great movie directed by Josef Rusnak that had the misfortune to come out in conjunction with The Matrix so as to ended up a bit forgotten.

A virtual world to be discovered and re-evaluated.

3 eXistenZ  (1999)
While previewing a new virtual reality video game, a programmer is attacked by a group of anti-tech terrorists.

On the run with a stranger she will be hunted by the revolutionaries who want her dead at any cost.

In order to survive she will have to enter her own game and find the answers she needs.

A game that seems to have no rules other than to play the role that the program has decided to the end in any way.

Great game of suspense and mystery perpetually suspended between reality and fiction directed by the great David Cronenberg.

The two protagonists Jennifer Jason Leigh and Jude Law are great with a really good understanding.

In addition, a small but disturbing role for an extraordinary Willem Dafoe.

Another movie from The Matrix period that ended up in oblivion for the last of these 3 Movies into Virtual Worlds.