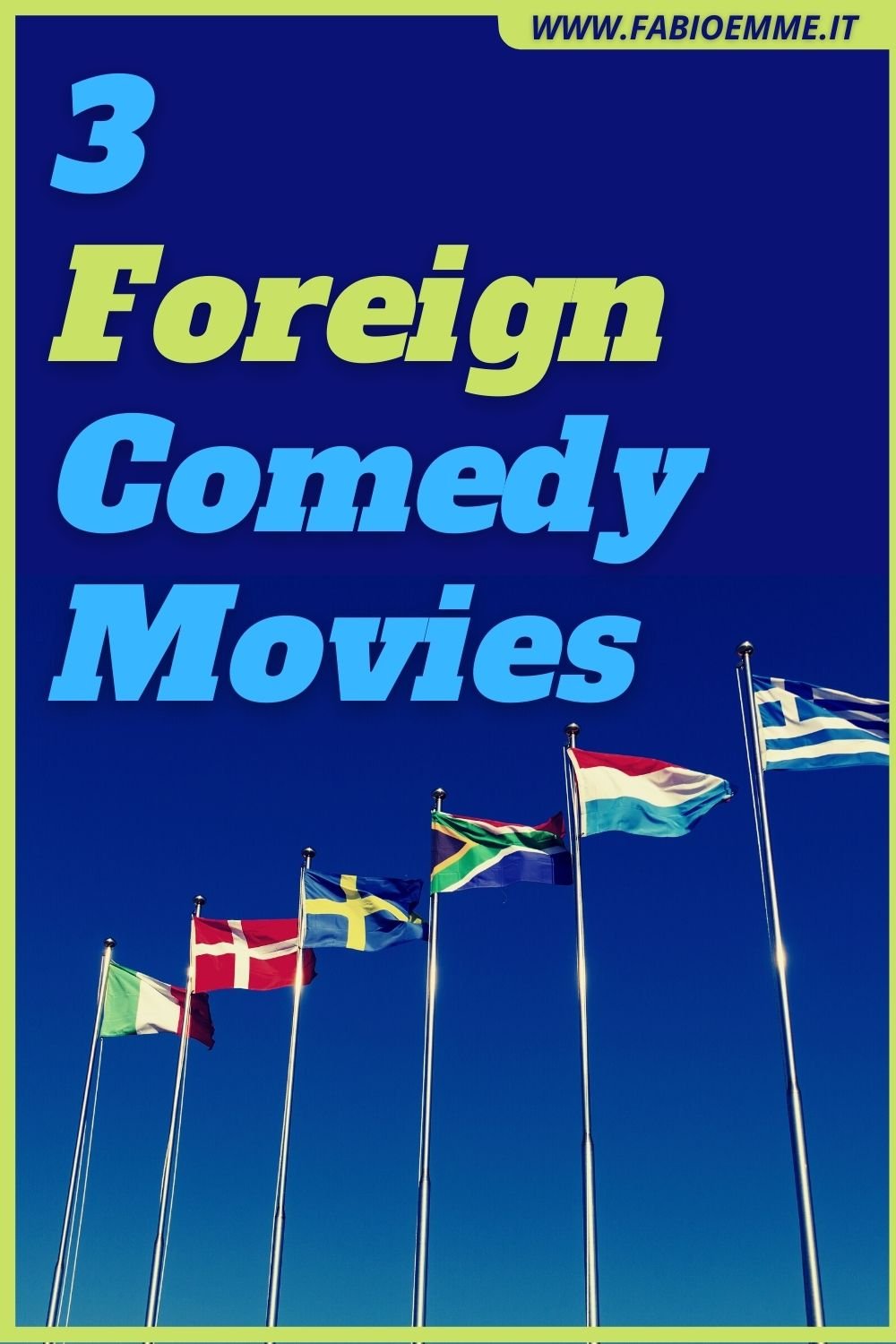 Want to see some comedy that may have escaped American distribution?

Here are 3 Foreign Comedy Movies that you can’t miss.

One is a rich quadriplegic now resigned to his condition and believes he has nothing left to live for.

The other is a young ex-prisoner who lives on subsidies and has no intention of struggling for a job.

Finding almost unwillingly to work for the paralyzed wealthy man, he initially takes his job lightly and doesn’t care.

But as time goes by he begins to sympathize with his condition just as the other begins to understand his difficulties in living honestly after prison.

A story of friendship that leaves the delicacy for an almost brutal honesty at times lightened with never vulgar humor.

A success comedy in Europe with an american remake The Upside, but we recommend seeing in its original French version.

A beautiful young girl is about to get married.

But she is also terrified because by tradition in her family every first marriage always ends badly.

So she decides to charm a complete stranger she met at the airport, marry him and get a divorce immediately.

A divorce that will be difficult to obtain since the man, in love, agrees to suffer from her every oppression.

But that unlikely man is perhaps what he was really looking for in his life.

Comedy of deception with a crackling Diane Kruger coupled with Dany Boon as an awkward and unfortunate victim of the scam.

The whole first part leading to marriage in Africa is simply fantastic and one funniest comedy ever.

Excellent direction by Pascal Chaumeil who, after the nice Heartbreaker, very good in this type of comedy.

This movie could be considered the German version of School of rock, without the rock.

A man released from prison goes in search of the spoils of an old robbery.

But unfortunately a school was built over the place where he had hidden it.

So he’ll have to pass himself off as a temporary professor to have time to find his loot.

Very good Elyas M’Barek in the role of the nice rascal and Karoline Herfurth as his naive and gullible colleague.

Spontaneous comedy directed by Bora Dagtekin without too many frills but without needing to be stupid.

A comedy snubbed by US distribution that deserves first place despite being the last of these 3 Foreign Comedy Movies.