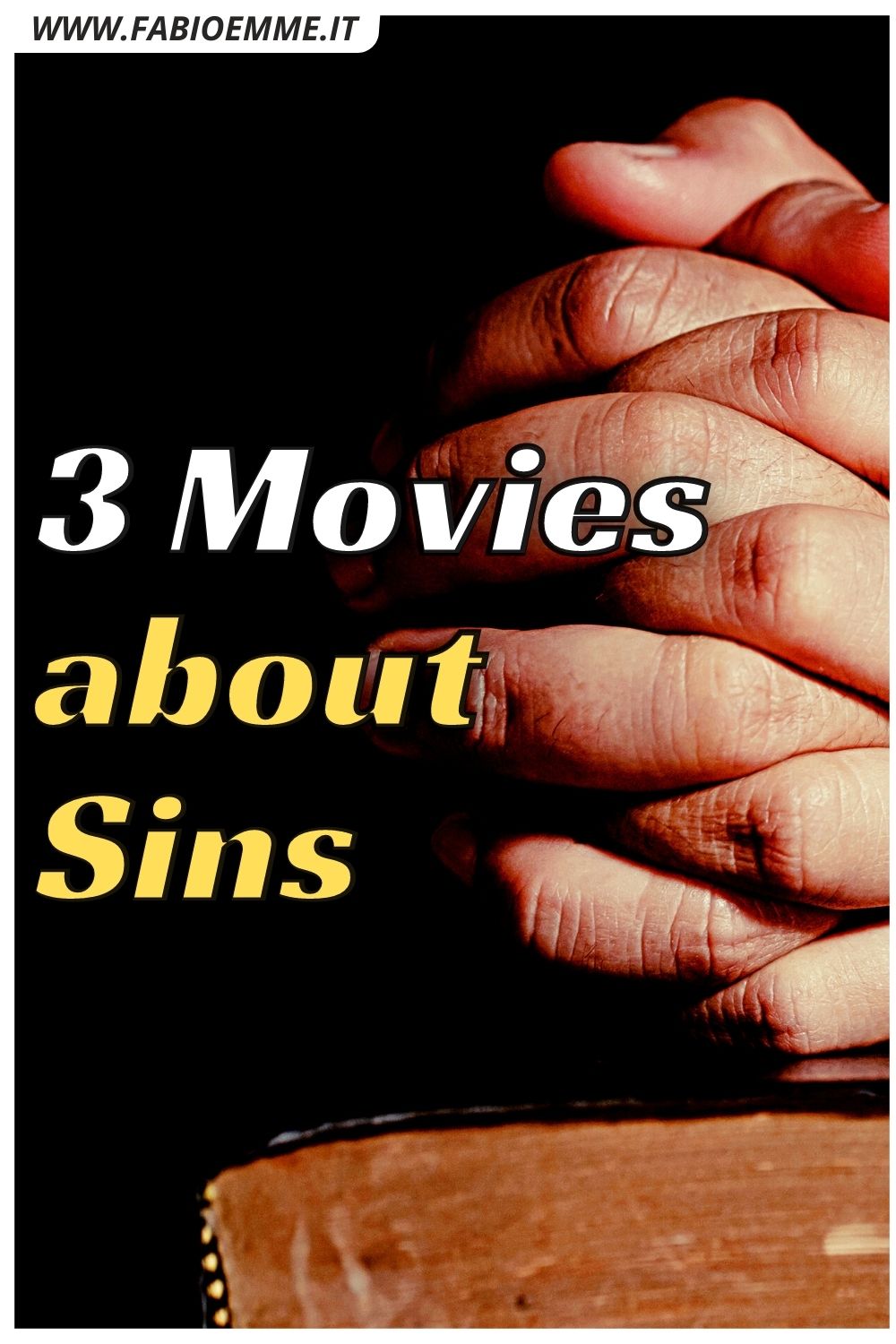 Are we all children of sin in this world, within us from birth until our last day on this earth?

3 Movies about Sins in 3 different story genres, each with a unique perspective on the subject.

Upon the death of her father, she returns to the Jewish community left many years earlier.

Together with the hostility at having abandoned his family role, she very soon will commit a much graver sin.

In fact, she meet an old friend abandoned along with everything else and with which had a lesbian relationship.

But she’s now the wife to an important member, oppressed by the community bigot’s sin guilt that will be shocked by the revelation.

The two actresses Rachel Weisz and Rachel McAdams are beautiful and deal the topic with great delicacy and naturalness.

Equally valid Alessandro Nivola as the husband who understands and even accepts the love between the two, but must intervene as his duty of dogma.

A movie written and directed by Sebastián Lelio that deals with an unusual story and manages to narrate it thrilling the viewer until the end.

What are you willing to do to be rich?

A non-trivial question that will haunt the protagonist of this film.

Eager to make easy money to impress his woman, a man accepts a seemingly stupid but very well paid challenge.

Once inside, however, he will discover that he can no longer get out.

The challenges will therefore become more and more crazy up to the limit of what he will be able to accept.

A story that starts from a simple premise but that manages to make you think deeply.

Small role also for the usual charismatic Ron Perlman, always able with a few glances to add value to any movie.

In summary a comedy / tragedy of human affairs treated very well by director Daniel Stamm, really capable of making the minutes fly to the end.

Based on a novel by Umberto Eco, a detective story set in an ancient abbey.

After a series of deaths apparently from poisoning, a seasoned inquisitor is sent to investigate.

The local bigots openly oppose, convinced that it is a divine punishment for their sins or dark acts of the devil sinners prayer.

The man and his young helper so will find it very difficult to find clues under those circumstances.

Very soon, however, further deaths cause panic even among the highest religious exponents, putting pressure on them to find a solution.

A solution that will be as diabolical as it is clever.

Funny sinful thriller that plays on both culture and ignorance of the old institutions.

From eternal memory the performances of Sean Connery and Feodor Chaliapin Jr., two actors of a very highest level.

The young Christian Slater is also very good in the role of the naive but courageous helper.

In conclusion for this 3 Movies about Sins, an excellent movie by Jean-Jacques Annaud which at the time was a cult but today has perhaps been a bit forgotten.