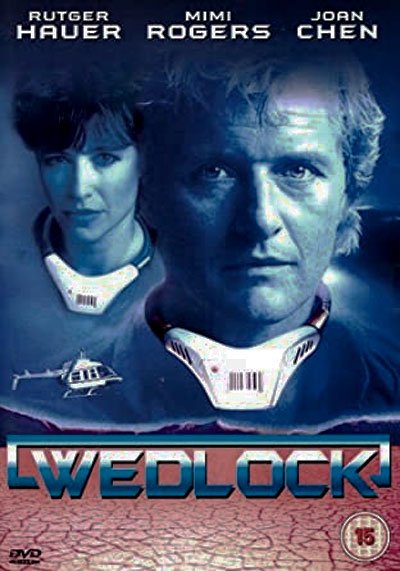 After a bank robbery he is betrayed by his partner and another accomplice.

But he manages to hide the spoils of the theft before being arrested.

Once he’s in jail, the prison warden will start harassing him to find out where the money is.

Then try in every way to organize an escape.

But that prison has a very special security system.

Each inmate has an explosive collar paired with another unknown person. If the two go too far both heads explode.

Once he finds out that a woman is his collar twin, he escapes with her and they must always stay close while looking for his money.

Fun and original escape film with a fantastic couple of actors such as Rutger Hauer and Mimi Rogers absolute protagonists.

Lewis Teague‘s direction give the right rhythm to the action scenes, always lighten everything with the right irony.

Little action/crime jewel from the 90s, good for any type of spectator.