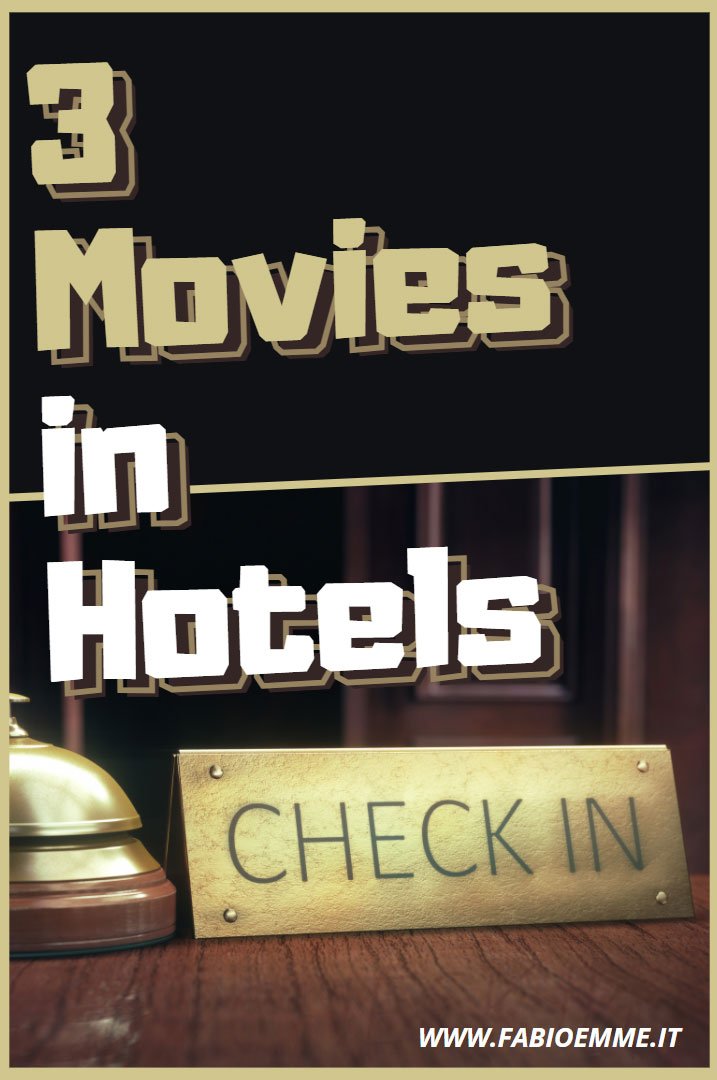 A whole life can take place inside a hotel room.

Small microcosms full of situations and characters, 3 Movies in Hotels chosen for you.

A night porter is on duty right on New Year’s Eve and he won’t have a moment of peace.

A coven of witches trying to complete a ritual, unlike a married couple who involve him in sexual murderous manias.

In addition, he has to babysit two terrible children with an inflexible father.

Finally, a group of Hollywood movie makers demanding he take part in a sadistic bet.

Episode movie directed by a well-assorted and varied crew of directors.

The cast is also excellent by many actors such as Antonio Banderas, Bruce Willis, Madonna and many others.

Movie in Hotel very famous, but maybe you might have missed it and absolutely have to watch it.

A man commits suicide in a hotel full of outcasts and residual people from society.

At first one of many desperate in the city as long as turns out is the son of a rich tycoon.

An FBI agent is then sent to investigate the bizarre fauna that populates The Million Dollar Hotel.

A bit romantic and a bit comical, a bit crime and a bit absurd tragedy, Wim Wenders‘ movie is as crazy as its protagonists.

In addition to Mel Gibson as investigator the young but good Jeremy Davies, perhaps some remember from the Lost series.

Next to them other strange characters played by various Milla Jovovich, Peter Stormare, Julian Sands and a lot of others.

An act of love towards the losers and those who never had a chance in life by the great German filmmaker.

In conclusion absolutely to mention the beautiful U2 soundtrack, really intense and suggestive and connecting with this 3 Movies in Hotels.

From time to time he returns to Hong Kong to the same hotel and always takes room 2046.

A journalist experiences love, hate and friendships annually each time with different women.

An occasional relationship with a prostitute that becomes almost love, inspite of a young writer to whom he mentions and will end up falling in love.

Finally a professional card player with a mysterious past with whom has a morbid and obsessive relationship.

One of the masterpieces of the oriental director Kar-Wai Wong, romantic and funny, sad but also full of joy and hope.

A tapestry of emotions drawn to perfection by the protagonist Tony Chiu-Wai Leung.

Man also surrounded by a series of beautiful dream women such as Gong Li and Ziyi Zhang.

A romance about the passage of time and the change that each of us should see again and again loving it more and more each time.