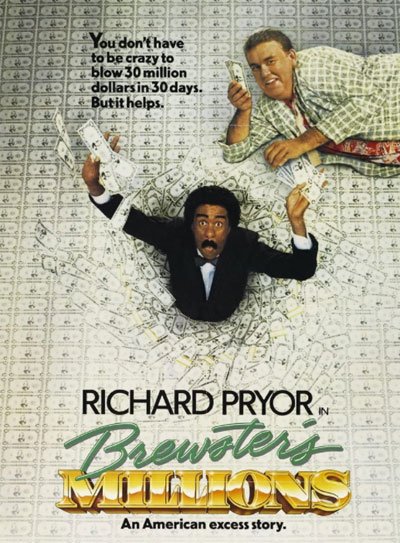 He was only a mediocre baseball player towards the end of a not particularly brilliant career.

Until one day a law firm informs him that a relative he didn’t know existed died leaving him a fortune.

But the old uncle was clear about in order to obtain the money he’ll have to pass a difficult test.

Spending $ 30 million in one month without purchasing any valuable assets or properties, to earn the $ 300 million inheritance.

Unable to tell anyone about the challenge, his friends think he’s crazy but will still try to help him.

Funny parable on the power of money directed by Walter Hill, his only foray into pure comedy.

At its release did not have a great success but which is instead an excellent comedy with two great actors like Richard Pryor and John Candy.

A movie that i hope you can rediscover over time, giving it its right value and its just merits.