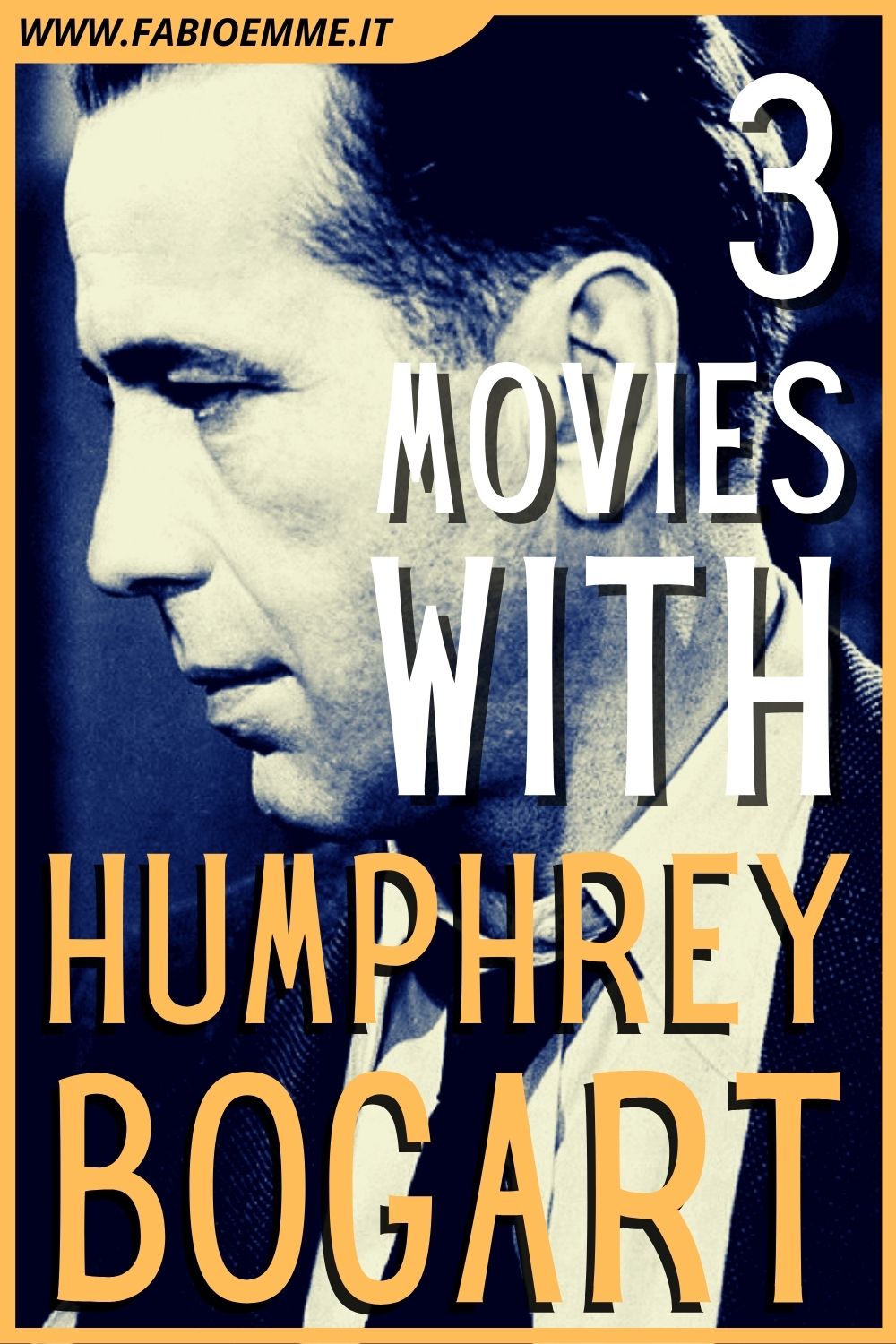 Humphrey Bogart was certainly one of the best and most known actors of his generation and of all the history of cinema.

Magnetic, charismatic, tough and nice at the same time.

Here are 3 movies selected for you where he gave his best.

1 Casablanca  (1942)
On the run from Nazi prison camps, a famous political activist finds refuge in Casablanca.

While waiting for false documents to fly to the USA with his wife, he finds refuge in the most famous club in the city.

But the place is run by his woman’s old love and complications will arise.

Always and in any case to be collected.

2 Sabrina (1954)
Sabrina is a girl desperate for the unrequited love of the son of the rich family where she works.

So she tries to take her own life, but is suitably blocked by the older brother of the guy.

Then left for France for a refined cooking school, returning years later totally changed into an elegant woman with refined ways.

Convinced that she can finally win her man, she will soon realize that maybe she is in love with the wrong brother.

A cult directed by Billy Wilder and starring Humphrey Bogart and Audrey Hepburn, one of the most famous comedies of all time.

Must see at least once in life.

3 The Desperate Hours (1955)
A quiet home of a respectable family is stormed by three fleeing inmates.

Hostages of criminals, husband and wife and daughter will have to play with cunning and patience to survive.

Tense thriller from the 50s with a Humphrey Bogart unusually in the role of villain, in one of the high points of his acting career.

Absolutely to have and watch again and again.