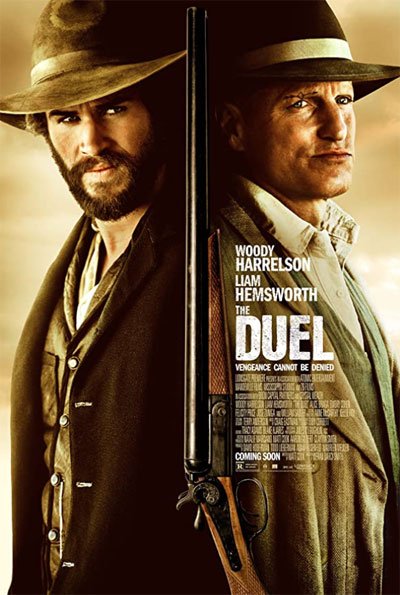 Set about twenty years later than the annexation of Texas to the United States of America.

After a short and ferocious war against Mexico, the movie open with a duel of honor at the sword between two soldiers of opposing factions.

The son of the loser has now become a man, sent on a secret mission near a border town, for too long a place of mysterious murders and disappearances.

He will find himself in a city where the undisputed master is The Preacher, who tries by deceit and cunning to make him a friend by appointing him sheriff.

But the final confrontation will only be postponed and inevitable.

Great frontier western with a very bad Woody Harrelson as opposed to the protagonist Liam Hemsworth and also the nice and good Alice Braga as the man’s wife.

A really good movie not to be missed.