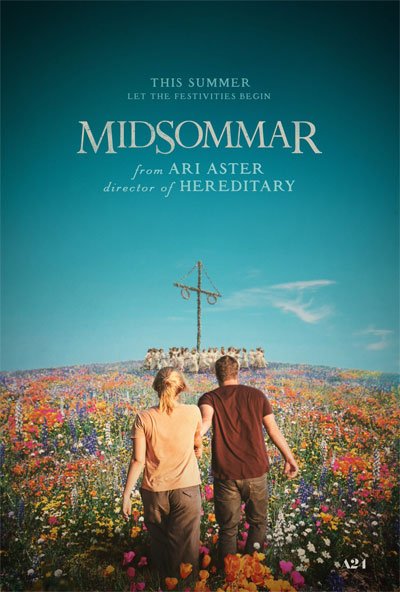 Midsommar begins with a young girl loses her entire family to her sister’s act of madness. Clinging desperately to her boyfriend’s love to move on, she agrees to accompany him on a trip to Sweden.

The trip is a vacation and an opportunity. Indeed, it is the first chance to see his family after many years for a common, dear friend.

Until they arrive, they found a completely closed and self-sufficient community. They are Pure naturalists dedicate to hallucinogenic drugs and performing strange rituals of pagan origin.

Initially, they’re intrigued and amused about their community definition obsession. But the group soon begins to have trouble and then terror by the atmosphere of insane madness that permeates their way of life.

But by then, it will be too late for them to turn back, as the sacred divination ritual of spring approaches claiming its human sacrifices.

Midsommar is a horror thriller with a disturbing atmosphere and a slow, sinuous pace like a snake. Every shot of it is a magnificent picture with attention to every detail.

Evocative and deeply disturbing, the story may be absorbed through many small details. Little details on the main scene’s edge, almost told almost off-screen, hiding the true plot behind the scene.

Florence Pugh is perfect in the role of the main protagonist. Weak and insecure, always plagued by psychological disturbances and visions, continually reliving her parents’ horrible death.

After losing everything and everyone, the girl holds on to the only certainty in her life, which is her boyfriend.

The boyfriend, played by Jack Reynor, is unable to console and understand her truly. However, he’s still faithful in staying close to her, despite his friends continuing to advise him to dump her.

Ari Aster writes and directs this magnificent thriller giving it an otherworldly photographic look. This work confirms his talent after the equally great Hereditary of 2018.

In a few years, this director has consolidated his style, continuing to grow and improve, engaging in movies that are difficult to make yet easy and extremely enjoyable for the public to follow.

Indeed, his talent was rewarded by making Midsommar collect almost 50 million dollars worldwide, against the less than 10 million spent to produce it.

A great commercial success that bodes well for his next movie is that he can continue on the same path and amaze us again with his style and inventive narrative.