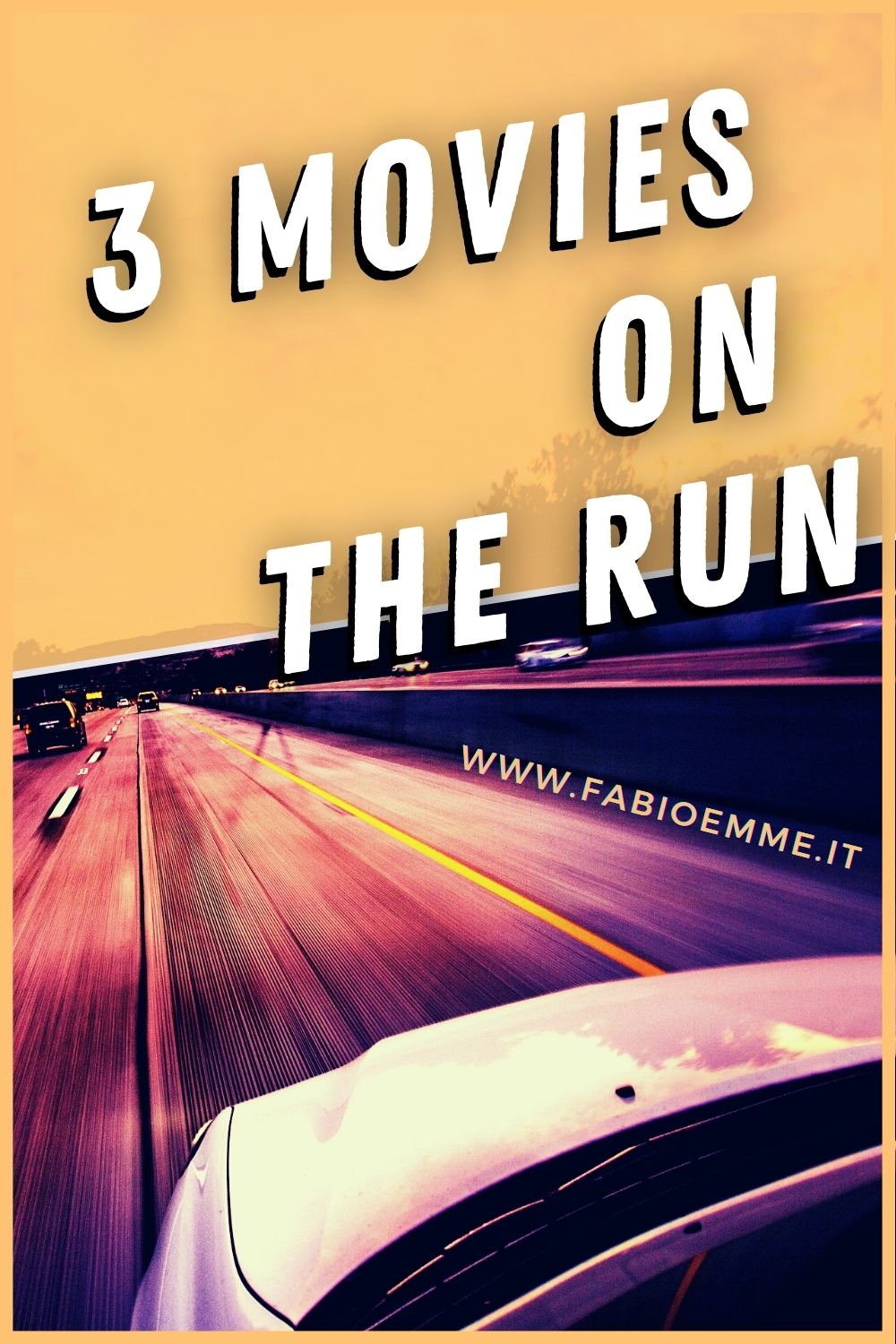 Life is too boring always standing still. So let’s get going and let our engines roar!

3 Movies on the Run as an anthology of the history of cinema.

1 Convoy (1978)
Everyone calls him Rubber Duck and is a truck driver who lives free working together with his two best friends.

After a fight with some corrupt sheriffs who wanted to steal money from him, he needs to flee on the run.

Dozens of his fellow truck drivers join him on his journey, forming an unstoppable convoy.

Together with a beautiful girl he met with a broken down car he gave a lift to, he will try to get to Mexico.

Great protagonist symbol of an era played by Kris Kristofferson together with the two friendly Franklyn Ajaye and Burt Young.

Beautiful and sexy the passenger Ali MacGraw, a free and independent woman who stands up to all the tough men in the story.

In addition the also nice and funny, how dirty and corrupt, the sheriff played by Ernest Borgnine.

Sam Peckinpah‘s cult film about true freedom that every true American should watch over and over again..

2 The Sugarland Express (1974)
She breaks her husband out of prison by taking a policeman hostage.

Her aim is to recover at any cost her child, placed in foster care after the arrest.

Pursued by all the Texas police, they will try to get to Sugarland on the border with Mexico.

Tragicomic family on the run that arouses sympathy and tenderness from the first moment.

Even she is a criminal, we manage to empathize with the mother who clumsily tries to reunite her family.

Very young but tough and determined the protagonist Goldie Hawn here in the best role of her career.

To shoulder his husband a bit ‘succubus played by William Atherton.

Classic 70s directed by Steven Spielberg, his second movie after Duel, that was also another movie on the run.

No criminal who escapes with him after a crime was never been arrested.

But when an obsessed cop decides to frame him, events turn out.

Together with a beautiful gambler, they will have to find a way to get out alive.

A story mythologized to the point that each character does not even have a name.

Indeed, each of them is referred to as The Driver, The Player or The Detective.

Always phenomenal the only Isabelle Adjani as an uncomfortable witness and almost involved in a romance with the driver.

Bruce Dern is also perfect as a policeman obsessed with his job so much that he becomes a criminal himself.

Directed by the indisputable genius of Walter Hill, a cult movie that created a myriad of homages and emulations over the years.

look what i found latestbtcnews.com

Write more, thats all I have to say. Literally, it seems as though you relied on the video to make your point. You definitely know what youre talking about, why throw away your intelligence on just posting videos to your blog when you could be giving us something informative to read?

Thanks for the advice, I continue to try to improve my blog which I started about a month ago by learning optimization and readability … I hope my latest articles are more complete as you suggest