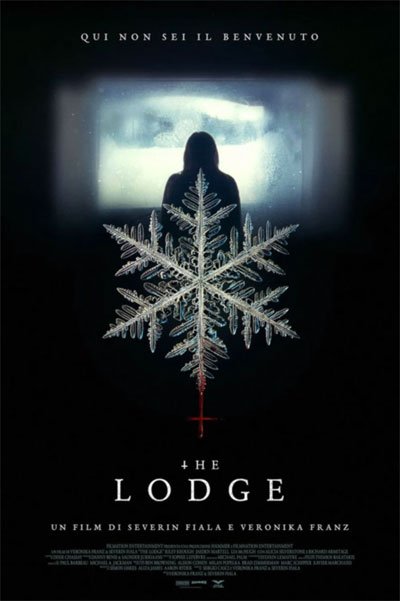 She had an opportunity to spent a few days with her new partner’s children in the lodge, a secluded vacation lodge they don’t go to for years.

A period that she hopes will serve to win their benevolence before beginning a new life together as a formal wife.

Until so far, they’re hostile to seeing her as a replacement for the birth mother, who committed suicide shortly before.

In addition, the woman is still trying to recover from her childhood, raised in a religious sect that ended in tragedy.

But when the father is forced to leave them alone, they find themselves trapped and isolated. At that point, someone or something will block from escaping in any way.

The Lodge is an excellent family mystery story with fear present and palpable from the first minute. A drama built on 4 characters who always interact disturbingly and unexpectedly.

Characters who make each other uncomfortable, with no intention of giving each other support, and who in their relationships worsen over time.

The two child actors and the protagonist are very good at portraying the growing madness of the movie. A poker of actors on which the exceptional Riley Keough stands above all.

Apparently delicate and suffering from the reluctance of children to love her. But more hidden, suffering for pain like the youth rejected love of her crazy father.

The two children Jaeden Martell and Lia McHugh, are perfect. Never be understood whether innocent or evil as victims or executioners of this cruel human theater.

Richard Armitage is equally effective as a father unable to understand both his children and his new wife. Building his new life on a completely wrong basis.

Alicia Silverstone‘s small cameo at the beginning as a suicidal mother. A truly chilling character in her lucid madness that will mark the minds of her children for years to come.

Magnificent surreal atmospheres by the directors Veronika Franz and Severin Fiala, always suspended between the dream/hallucination and incomprehensible reality.

3 Movies to Watch at Night