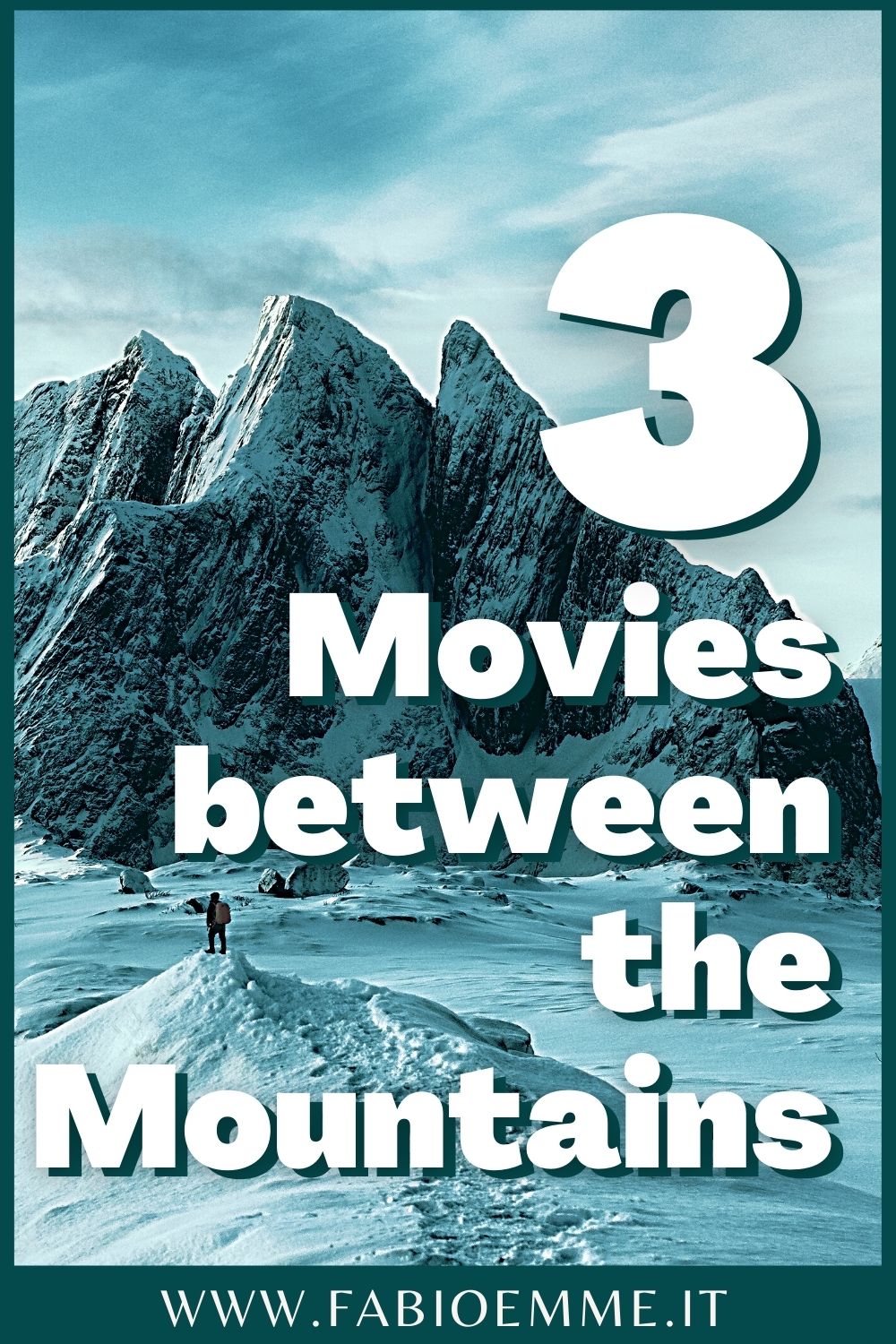 1 The Mountain Between Us (2017)
Both needing a quick flight, after an accident they find themselves completely isolated in the mountains.

A man and a woman who otherwise would never have met, united by fate in a struggle to survive.

Talented Idris Elba and Kate Winslet in their respective roles that give life to an atypical romance survival movie, shot with a lot of tact but that does not lack its moments of tension and set in locations of breathtaking beauty.

2 Cliffhanger(1993)
One of the classic 90s action, with Sylvester Stallone in the role of a mountain guide with guilt for an accident that occurred years before he returns to the scene of the tragedy.

Unfortunately, at the same time, a gang of robbers loses a load of money they were stealing and will be willing to do anything to find it.

Classic mood action directed by Renny Harlin and played as usual in a “muscular” way by the old Sly, who is opposed by the always perfect John Lithgow in the role of the villain at the head of the criminal gang.

3 Devil’s Pass (2013)
Based on a news story that has gone viral over the years, the accident at the Dyatlov Pass where an expedition disappeared into the mountains without a trace and gave rise to thousands of conspiracy theories and mountain legends.

From this premise starts this sci-fi horror film about a group of boys who leave for Russia to find the missing expedition, ending up finding much more than what they expected.

Excellent movie partly shot both in a classic way and in pov, also directed by Renny Harlin who alternates well the “documentary” phases with the more action and horror ones.