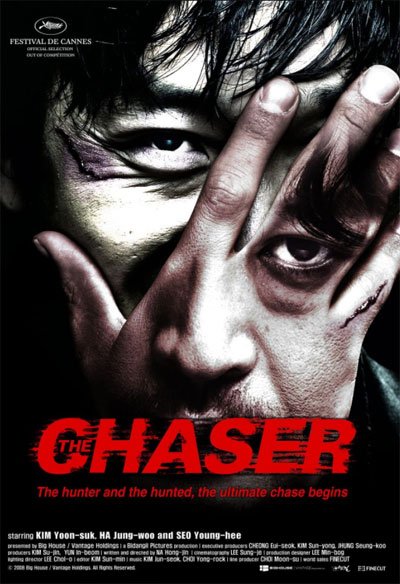 The Chaser is the story of a pimp who loses sight of one of the many prostitutes working for him.

He hasn’t heard her anymore for hours. Since sending her to a client, even she was ill at home with her son, she mysteriously disappears.

Being a former policeman, he decides to use his knowledge to look for her among the city. Initially, he fears his various competitors, convinced that she has agreed to work for someone else.

In reality, the woman is the last prey of a dangerous serial killer who held her captive in his house.

The pimp manages to get to the dangerous psychopath but fails to make him confess where to find the prostitute.

Together with the police, he begins a race against time in the hope of finding her still alive.

The Chaser is a one-night thriller with dark and pessimistic tones. Despite the enjoyment and delight of certain situations and characters, it is cruel and sadistically real.

Too many corrupt men populate the city, dedicated to exploiting without peace the weakest and most defenseless, women or children.

He was a policeman who later, abandoned for his professional scandals and disappointed by law and order, crossed the border and became a criminal.

Initially, the man is greedy and cruel with his prostitutes, threatening them with blackmail and strength to send them to his clients.

But in the course of the night, being then close to the woman’s child, his conscience begins to haunt him again and saving her becomes his inalienable mission.

Ha Jung-woo is exceptional in his portrayal of the serial killer.

The actor creates a funny character in his naive stupidity and then terrifying and ruthless in carrying out his murders.

His interrogation into the police station is a cinematic work of art, disturbing and hilarious at the same time.

Indeed, this killer is basically a child-man, amazed by the ease with which he traps his victims and the naturalness with he then brutally kills them.

Hong-jin Na is perfect for directing along Seoul’s night streets. The city seems to sleep peacefully and indifferent to the terrible brutalities that take place in its bowels.

The cops and criminals are almost indistinguishable, bending morality to their interests while the killer acts undisturbed in the shadows behind them.

The Chaser was a very successful movie, finally distributed, even if only partially, also in Europe.

The thriller makes its simplicity the best strong point, without looking for too complicated plots or impossible narrative solutions.

Ultimately, it is a gloomy reflection on the darkness and the light of the modern world, where helpless victims sometimes fail to scream their need for help.