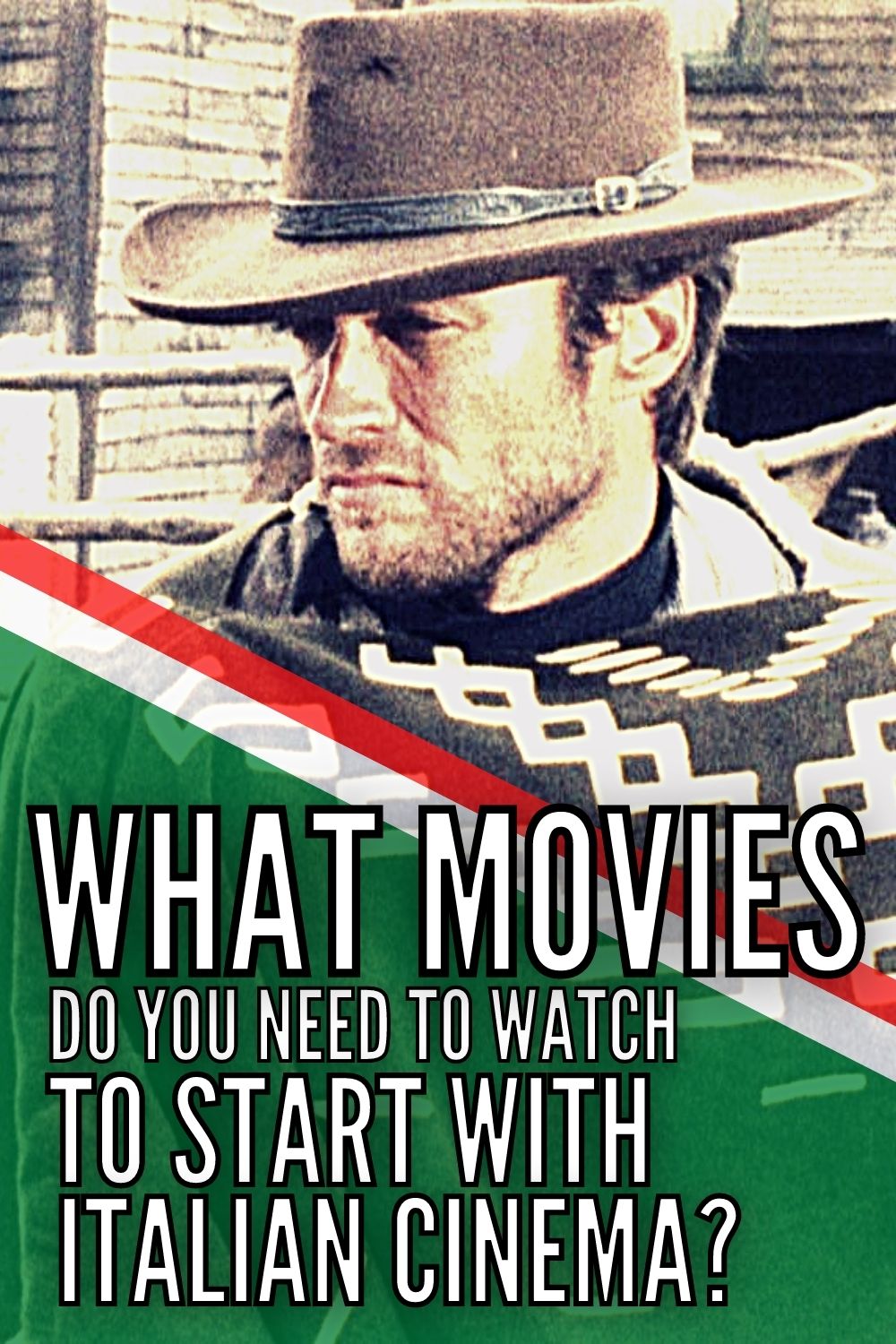 I know that cinema is a topic with so books was written about to sink a fleet of ocean ships. Italian movies don’t make exception.

The first goal of my blog is to suggest movies you may have missed.

Thousands of movies come out every year, and we can’t watch them all, especially the less advertised ones.

So I hope maybe even only one of the suggested titles will help someone discover a movie he may love but never heard about.

First of all, I want to recommend (not only in this post) based on my personal culture.

Since I got a VCR, I’ve watched much American entertainment like Rocky IV and Commando, so I will never try to pose as an elitist snob cinema professor.

Obviously, then I grow up and try to watch even more complex movies, first of all, Italian Movies.

Stories built with greater cinematic art, even if I still watching the old Sly or Schwarzy when the opportunity arises.

YES BUT WHAT ABOUT ITALIAN MOVIES?

Italian movies are marvelous stories of any genre for any audience. They are nothing complicated and absolutely not reserved for a too refined public.

What about Deep Red for example?

It is an excellent example of an Italian horror movie directed with an immense class by Dario Argento.

I was a child, and it scared me like hell with his music, the mysterious killer, the vividly red blood.

In addition, this amazing movie is also set in Turin, the Italian city near which I have always lived.

THE BEST MOVIES ARE NEVER COMPLICATED OR FOR A RESTRICTED ELITE

Let’s talk about a second of more renowned movie makers such the Italians Sergio Leone or Federico Fellini.

The first was a fabulous spaghetti western’s director that sculpted the collective imagination for over 50 years by now.

Considering that his first movie, A Fistful of Dollars, was released in 1964 and still today remains one of the highest-grossing in Italian cinema history.

He created that kind of anti-hero characters previously mostly unknown in the stories of the westerns.

Not to mention his Italian humor, the unique gaze, and the slow, sinuous rhythm of every single one of each movie’s scenes.

Taking 8½, a movie by Federico Fellini, one of the most famous around the world instead.

The hilarious comedy about an Italian director scrambles like crazy to produce a movie that doesn’t exist.

It was almost an autobiography of that moment of his life feeling stuck in his own elite Italian movie’s maker figure. Literally, anyone can enjoy that movie.

The old French avant-garde enthusiast and the kids who always watched only Avengers Movies can enjoy it as equals. Is too funny and genius not to love it.

BUT WE CAN GO EVEN MORE BACK IN THE YEARS.

You may not know them, but many artists idolatrize these two Italian fellas, like Nicolas Winding Refn or Quentin Tarantino, always quoting their movies and their style.

Both of them have made all kinds of movie genres. Horror, crime, sci-fi, comedies, musicals, fantasy, and so forth.

The story of this investigation about a child killer is as intriguing to watch today as it was 50 years ago. Besides, considering the time, it didn’t skimp on explicitly sexual or violent scenes.

This Italian thriller is still modern in terms of ideas and realization and characters’ writing to influence many new movie makers.

And among the many beautiful films of Mario Bava, I’ve to talk about my absolute favorite, Planet of the Vampires.

A movie of which Ridley Scott then made an almost remake with his famous cult Alien.

A story where a spaceship investigates a distress signal from a mysterious planet, where alien beings infect their bodies.

The plot was so simple and powerful that it still works today in many other movies that have taken inspiration.

Poor films with low budget but with a lot of love for art and profession behind the camera.

An eternal proof that what you can’t do with money can always be reached with imagination and talent.

Hoping to come back on the subject again, especially for the youngers that never heard about it, I conclude here for now.

I always wish the best to each of you that follow the knowledge of cinema. An art bringing beauty to the world, which we need today more than ever.